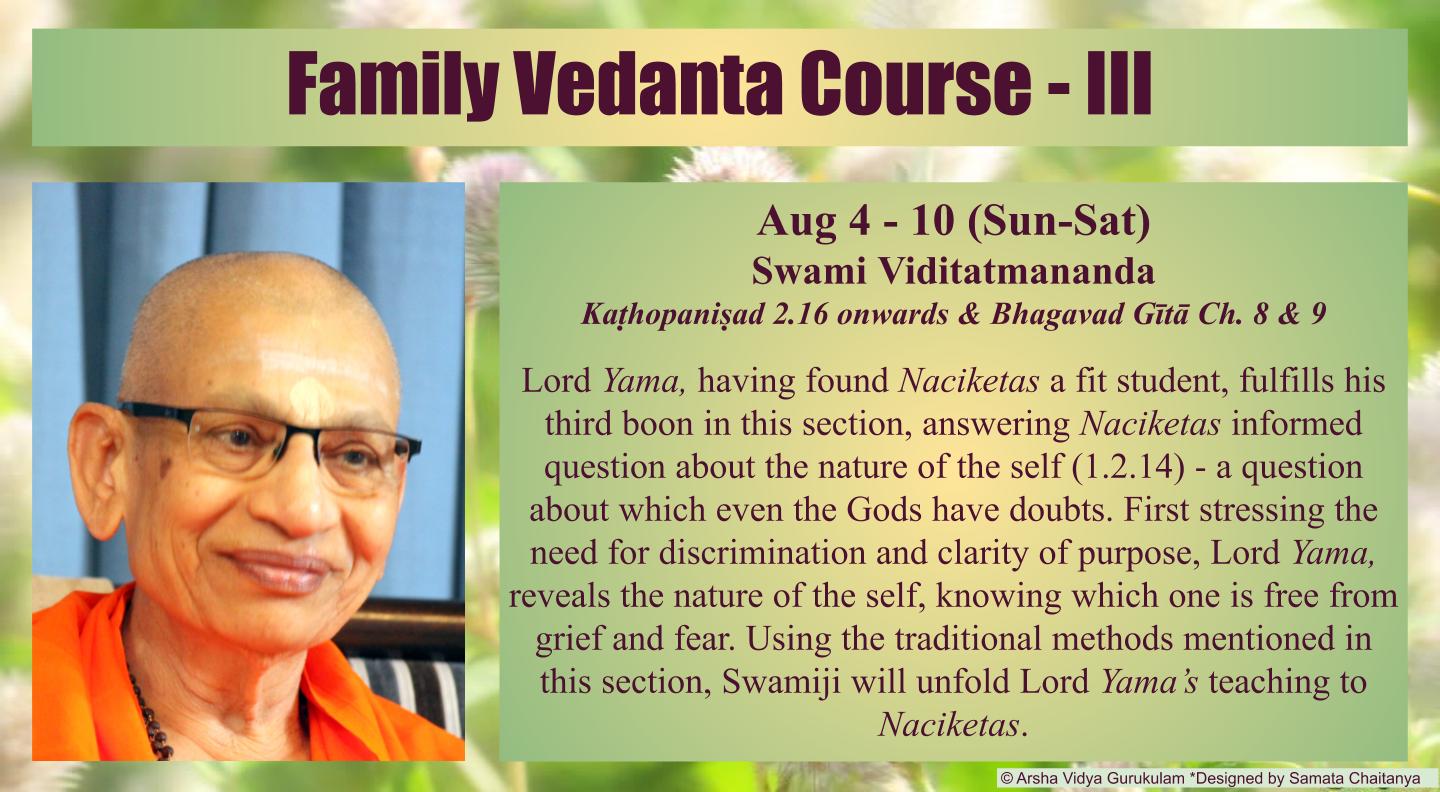 with with Swami Viditatmananda & Swami Pratyagbodhananda

Lord Yama, having found Naciketas a fit student, fulfills his third boon in this section, answering Naciketas’ informed question about the nature of the self (1.2.14) – a question about which even the gods have doubts. First stressing the need for discrimination and clarity of purpose, Lord Yama reveals the nature of the self, knowing which one is free from grief and fear. Using the traditional methods mentioned in this section, Swamiji will unfold Lord Yama’s teaching to Naciketas.

This chapter begins with Arjuna asking Lord Krishna a series of questions. In two verses, Lord Krishna briefly answers all but one of them. Most of the rest of the chapter is the answer to Arjuna’s last question, “At the time of departure (from this body) how are you known by those whose minds are steady?” Along with the implications, Swamiji will teach Lord Krishna’s comprehensive answer to this question, so important to the one who is seeking freedom from all that is undesirable. 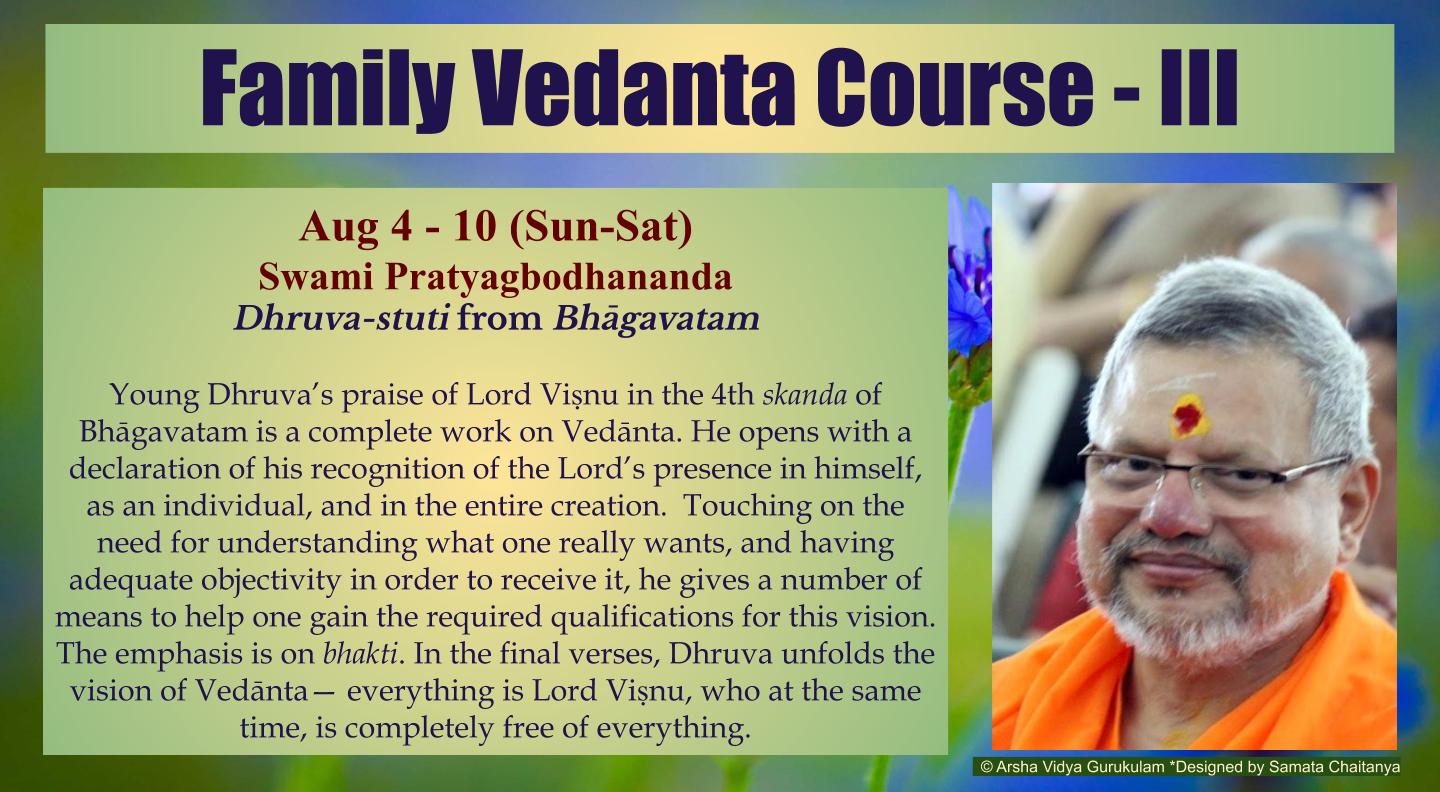 Young Dhruva’s praise of Lord Viṣnu in the 4th skanda of Bhāgavatam is a complete work on Vedānta. He opens with a declaration of his recognition of the Lord’s presence in himself, as an individual, and in the entire creation.  Touching on the need for understanding what one really wants, and having adequate objectivity in order to receive it, he gives a number of means to help one gain the required qualifications for this vision. The emphasis is on bhakti. In the final verses, Dhruva unfolds the vision of Vedānta— everything is Lord Viṣnu, who at the same time, is completely free of everything.