THE PURPOSE OF KARMA-YOGA

There is no doubt that karma binds, with its limited results. But, if you do karma for antah-karana-siddhi, for neutralizing your raga-dvesas, for gaining the grace of Ìsvara— if you perform your prayers, rituals, and duties for the sake of these alone, the karma you perform becomes a means, yoga, for moksa. Sannyasa is only possible if you have lived a life of karma-yoga. Otherwise, you become a sannyasi who has raga-dvesas and you will be miserable. A karma-yogi has the means, a world, a field, where his or her raga-dvesas can be neutralized. Such a field is not there for a sannyasi. Sannyasa means a life of study from morning to night. No other activity is available. A sannyasi cannot even sing much because the pursuit of music, along with everything else, has already been given up. A sannyasi is one who has to pursue knowledge for which a certain capacity to contemplate is required. If the pressure from raga-dvesas is there, you cannot sit in contemplation. You will find, instead, all kinds of agitation or you will fall asleep. After a few days, the life-style of a sannyasi, traditionally indicated by the wearing of orange robes, will become a source of irritation. Naturally, then, sannyasa is meant only for those who, to an extent at least, have taken care of their ragas and dvesas.The two-fold nistha is meant only for sreyas. Arjuna wanted Krishna, to tell him which one was better and Krishna replied that one can be a sannyasi or a karma-yogi. Both are meant for the same end —moksa, sreyas. One can live a life of a karma-yoga and gain moksa and one can live a life of sannyasa and gain moksa. The only difference is that for a sannyasi there is only knowledge, whereas for a karma-yogi there is knowledge and karma. This difference must be understood well because this is where there is a lot of confusion. Arjuna was a karma-yogi, not a sannyasi. By listening to Krishna, he was pursuing knowledge. Although grahasthas pursue other activities, they are qualified for knowledge. This pursuit of knowledge plus the performance of karma made Arjuna a karma-yogi. If the pursuit of knowledge had not been there, if he had had no discrimination, if moksa had not been the end for him, he would not have been a karma-yogi. He would have been a simple doer, a karma, a karma kartha. When moksa is the end in view, then karma becomes yoga because it is done with a particular attitude in order to gain antah-karana-siddhi, purification of the mind. In this way, karma-yoga is important in gaining knowledge. 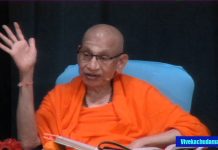 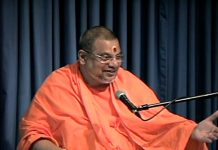 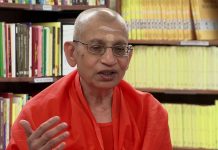 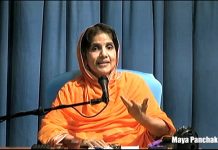