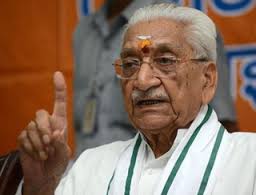 Brahmaleen Pujya Swami Dayanand Saraswati had been closely connected with Vishva Hindu Parishad right from its inception in 1964 CE at Chinmaya Ashram, Powai, Mumbai and was also instrumental in the writing of its aims & objects as delivered by Sri Guruji Golwalkar, Swami Chinmayanandaji and K.M. Munshiji. He was then the most prominent sannyāsī of the Powai Ashram. For all its major activities that the VHP began undertaking after its Global Hindu Meet in 1966 (Prayag Kumbh), he was taking keen interest in it and gave guidance from time to time.

Spreading the message of Advaita Vedanta was Pujya Swamiji’s life’s mission. In the entire span of his life his achievements cannot be expressed in words. The creation of Arsha Vidya Gurukulam – an institute for the traditional study of Advaita Vedanta and Sanskrit – at the foothills of the picturesque Nilgiri mountains off Coimbatore, its chapters in Rishikesh (Himalayas), Pennsylvania (USA) and a large number of centers throughout the country, speak of the tremendous task of inculcating Vedantic ideals producing thousands of devotees, teachers, ascetics, sannyāsīs and sannyāsīnis to take Vedanta to the masses!

In order to strengthen Hindu Society and Dharma and articulate and promote the cause of Hindus in national and international fora, Swamiji felt the need to carry the mantra of togetherness to all the traditional Mathadhipathis, Dharmacharyas, Mahamandaleshwars, Adheenamkartars and leaders of other traditions (Heads of Hindu spirituo-religious organizations) and bring them together under the umbrella of the Hindu Dharma Acharya Sabha and make them work together. He traveled across the country, personally met the Heads of the various mathas, and convinced them of the importance of establishing a body that would be the official voice of Hindu consciousness. The Sabha now comprises of more than 130 Hindu religious leaders heading maṭhas and pīṭhas in Bharat (institutions of Hindu religious learning and practice) that are at least 200 years old, with an unbroken lineage from their founding, and with a large current following. It was one of the most difficult tasks to bring on one platform the leaders of various indigenous spirituo-religious schools each having a hoary history. But he accomplished this desirable but virtually unfeasible task working it out in the role of a champion behind the scenes. The Sabha is the largest gathering of Dharma Acharyas of the country concerning all Hindu sampradāyas, traditions. In the first Acharya Sabha meet, important decisions were taken for resolving challenging problems facing the Hindu society. The Vishva Hindu Parishad has been a key participant in all its Conferences. I had very great reverence for Swamiji. His love, affection and warmth for me cannot be expressed in words. In order to bless me on my 80th birthday in a special way, he wished to conduct a Vedic anuṣṭhāna (ritual) for me. This anuṣṭhāna, with his blessings, was conducted as per Vedic rites in Arsha Vidya Gurukulam temple premises at Anaikatti by renowned Vedic scholars. In the closing ceremony of the yajña, I was blessed with the vrihat kalaśa snānam (bath with sanctified water). I have been lucky to have received his blessing all these years which I can never forget. When in the month of June-2015 he was to leave for USA for his medical treatment, a day before he left for USA, Swami Paramatmanandji and I decided to take guidance on a large number of problems facing the country and get some mārga-darśan (direction) for our VHP organization also. For practically one hour in the morning he listened to the questions and issues one by one using his ear-phone and gave straight answers to all the queries. Even with his failing health, he reminded us that it was 11 o’clock and that he had to leave to take his classes. I told him that I would meet him in Pennsylvania during my US tour in August-September, 2015.

I reached USA on 24th August after my UK and Holland tours, and all of a sudden we heard the news that Swamiji’s condition was deteriorating and becoming more and more serious. He always wanted that in his last journey he should be taken to Rishikesh on the holy banks of Maa Ganga in the foothills of the Himalayas and was thus brought there from USA on 25th August by an air ambulance. We can imagine the agony that he would have put up with during this long air ambulance journey in this condition. During my US tours till 15th September, I was in live touch with Swami Paramatmanandaji about Swamiji’s health. Swamiji insisted that he should be given jīvit-mahā-samādhi. Thousands of his devotees and well-wishers could not accept this decision as to them it was most untenable, but Swamiji would not listen. Before his last journey, Swamiji must have had a feeling to meet Prime Minister Narendra Modi. Modiji realizing this within himself paid a visit to Swamiji at the Rishikesh Ashram on September 11. During the long talk with the Prime Minister, I am told, Swamiji advised him to address the miseries of the poor man – the last man in society.

Swamiji was again admitted to the Dehradun hospital in a serious condition. From my foreign tour I landed in Delhi in the afternoon on 16th September. By the time I reached our office, we got the news that Swamiji’s condition had further deteriorated. The next morning, I flew to the Jolly Grant Airport, Dehradun. By that time his condition had improved. Swami Paramatmanandji conveyed to Swamiji in the ICU through earphone that Ashokji had come and wanted to speak to him. When I talked to him Swamiji was full with divine emotion. He took hold of my hand for full 5 minutes. I was standing before him and tears welled up in his eyes. When I told him that I was departing, Swamiji raised both his hands giving his departing blessings. Seva (service) was Swamiji’s message to all his devotees and the youths of our country. The hundreds of seva activities under the banner of AIM for Seva (All India Movement for Seva) was his great mission for the uplift of the last man that was uppermost in his mind. We have to accomplish the dreams of Swamiji to reach out to the unreachable brethren in our country, to serve them, so that they are empowered enough to independently uplift themselves and their communities. This is Pujya Swamiji’s message to all of us to materialize.

(The author played a crucial role in the growth of Vishwa Hindu Parisad (VHP) for several decades. By his vision and leadership, VHP today is a world renowned organization, committed to the eternal values of dharma.)