An era of Inspiration lives on in an Illustrious Legacy 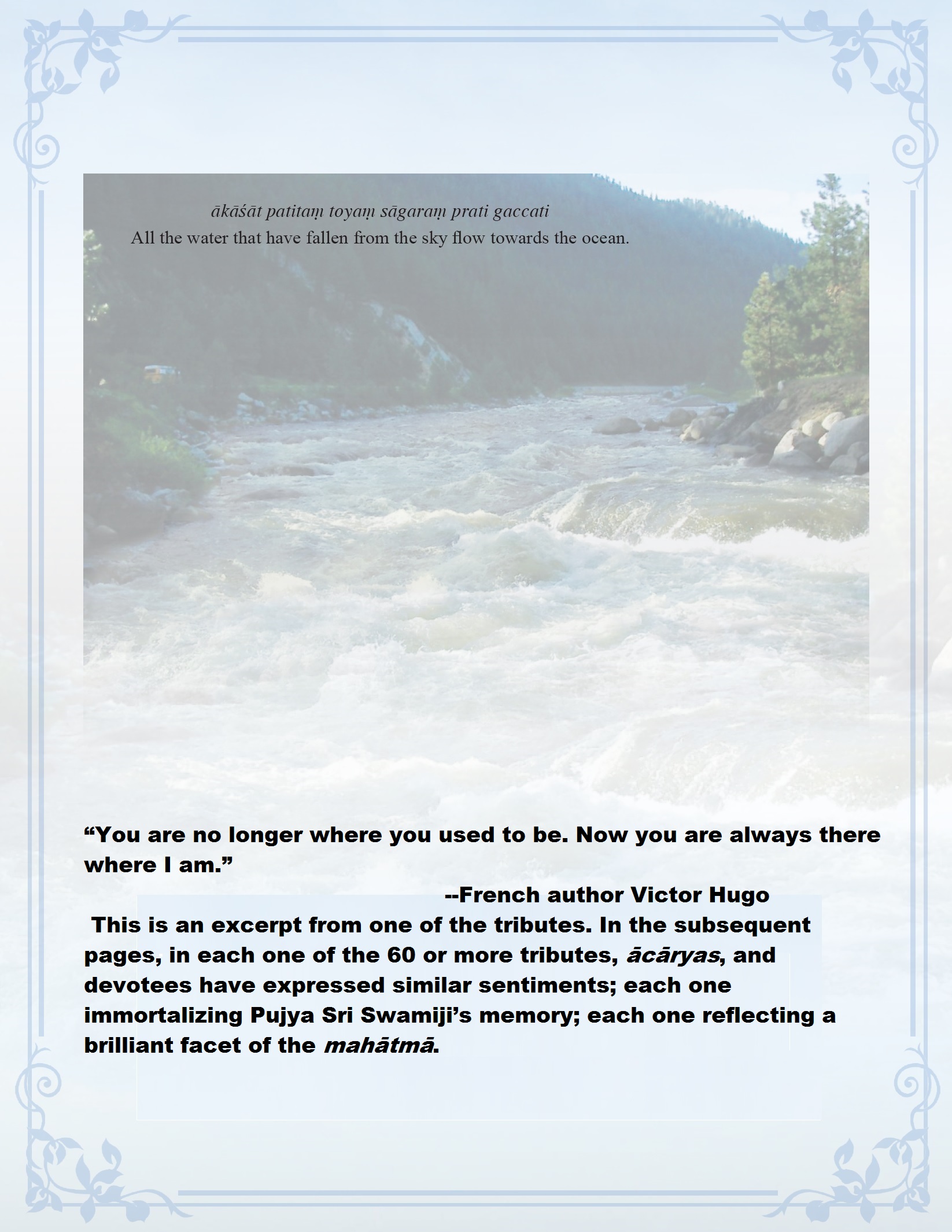 Swamiji could not tolerate the CPAP – forced respiration. For 5 days, struggled weakly to remove the mask, but was too weak to do so. It was simply heart breaking to watch him struggle. Finally, after much convincing, the machine was discontinued and arrangements were made to bring Swamiji back to the ashram. He had always said that he wanted to breathe his last by Ganga-thīre. Swamiji was wheeled out of the ICU room to the ambulance with the CPAP. They arrived at the ashram around 10:30 am. and taken to the room downstairs where devotees had his darśan. The amazing thing that I distinctly recall is – when they removed the CPAP and put Swamiji on simple oxygen, his whole body relaxed. His hands that had been stiff became smooth like a young man’s. It was like we see in a movie – second by second the change – from hands with veins standing out – turning absolutely smooth. I had never ever seen this kind of transformation – nor am likely to either. Swamiji’s breathing was so calm, so relaxed like a child sleeping at home.

Then Swami Viditatmanandaji called everyone, ‘Sādhus, come let us chant’. Viṣṇu-sahasranāma, then oṃ namaḥ śivāya reverberated through the ashram, non-stop for the next 11 hours. I was by Swamiji’s side praying inside, crying outside. I could not think – just one emotion of being lost. It was like my mind was completely numbed. After 10 pm. it was just a whirl of faces, chants, moving sādhus. At 10.17 pm. Swamiji’s breath was becoming ever so gentle that it was almost imperceptible. The breath went in – coming out so subtly. Then within a minute all the monitors became still; just one straight line. And Swamiji was gone.

That day – September 23 – around 3.30 am, while walking by the bank of Ganga, I saw the sky was red on the western side and I was struck by the odd color. It was eerie. I did feel that something was going to happen that day. And I was right – rather my premonition was right. Something did happen. Swamiji left his body. On the 24th, around 2 am, 4 hours after Swamiji passed away, the entire sky was red – east to west. I pointed this out but I don’t know how many others noticed it.

(And thus it was that when dusk lost itself in the distant horizon, through the well-lit courtyard, through the crescendo of hundreds of chanting voices, the destined moment of final liberation from the mortal body stole into the room silently and embraced the peaceful, sacred form. It was 10:20 pm. The spirit had merged into the absolute stillness of her surroundings. As if by some intuition, there was a lull in the chanting, becoming a faint echo mingling with the whisperings of Ganga. Time stood still.) 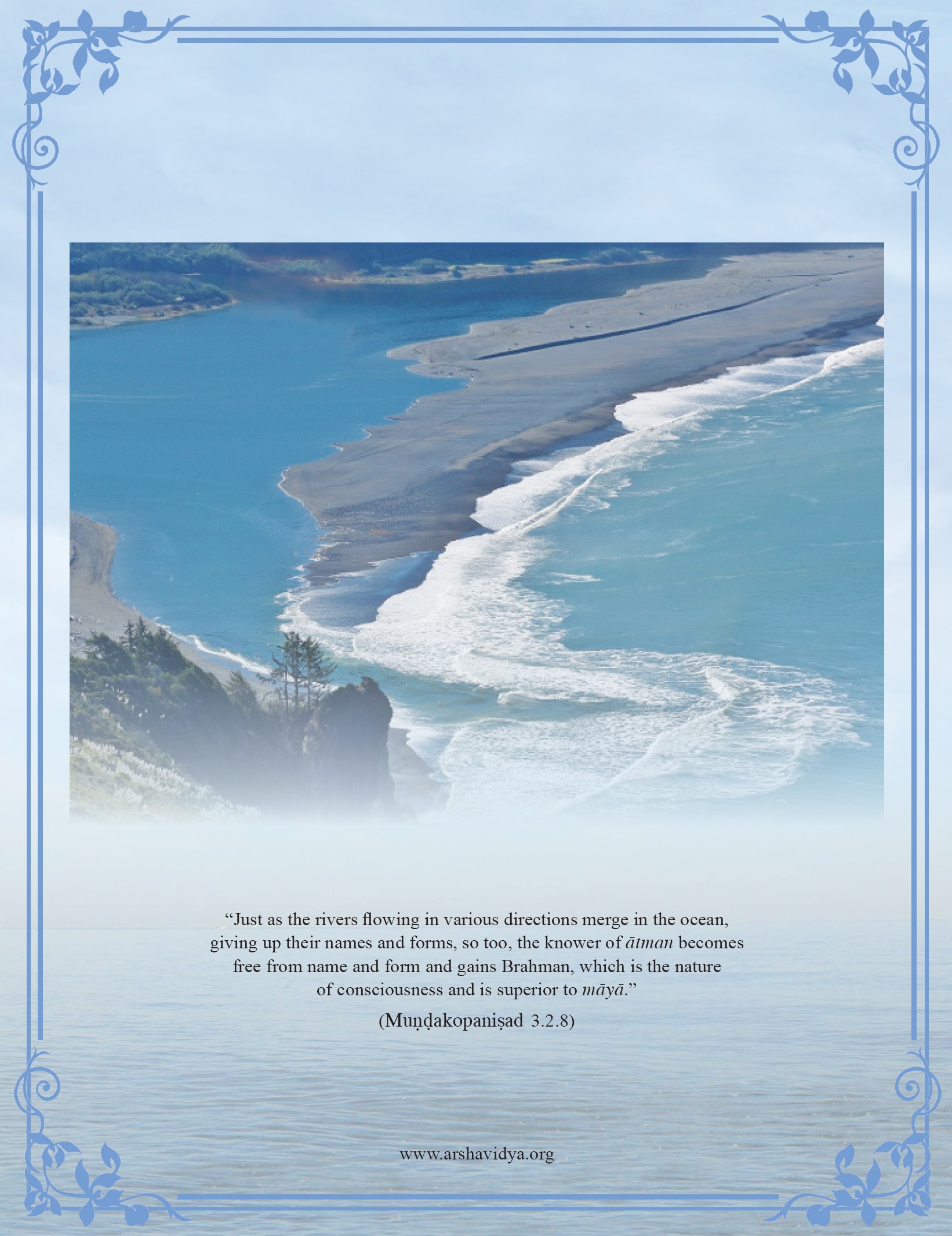